I started piano lessons when I was five years old with a master teacher and I continued through college and graduate school.  Between my teacher and my parents, there was instilled inside of me, a love of music.

[1]  high school voice teacher, many years before. I played the flute in band and orchestra, and I sang in choir and at voice recitals during those years.
I received my Bachelor’s of Music Education from Heidelberg University in Tiffin, Ohio.  My major instruments were voice and piano.  During that time I was a part of the Concert Choir and we performed all over the country and in Germany, Austria and Switzerland.

I received my MME from Indiana University in Bloomington, Indiana where I studied voice with the former Met opera singer, Eileen Farrell.[2]

I have been a public school music teacher, teaching from Kindergarten through. 6th  grade for 30 years.  I have also been a private piano teacher for many students, one of them being a 68 year old woman.

William Caesar Warfield (22 January 1920 - 26 August 2002), concert bass-baritone singer, was born in West Helena, Arkansas and grew up in Rochester, New York, where his father was called to serve as pastor of Mt. Vernon Church. He gave his recital debut in New York's Town Hall on March 19,1950. He was quickly invited by the Australian Broadcasting Corporation to tour that continent for 35 concerts. In 1952, Warfield performed in Porgy and Bess during a tour of Europe sponsored by the U.S. State Department (he made six separate tours for the US Department of State, more than any other American solo artist.) In this production he played opposite the opera star Leontyne Price, whom he soon married, but the demands of two separate careers left them little time together. They divorced in 1972, but were featured together in a 1963 studio recording of excerpts from Porgy and Bess. For more information click here:  (link is outside of this site)

Eileen Farrell (February 13, 1920 – March 23, 2002) was an American opera and concert singer soprano. In 1942 she made her concert debut on CBS radio where she soon presented her own radio program. During 1947–1948, she toured the US as a concert singer, and in 1949 she toured South America. Farrell was born in Willimantic, Connecticut, but she moved at an early age to Woonsocket, Rhode Island, which she always publicly and affectionately called her home town Throughout the 1960s she was a frequent soloist with the New York Philharmonic under the direction of Leonard Bernstein; she was also a favorite of Thomas Schippers. With Eugene Ormandy, the Philadelphia Orchestra, and the Mormon Tabernacle Choir, she was a featured soloist in an abridged recording of Handel's Messiah. The other featured soloists were Martha Lipton, Davis Cunningham and William Warfield. From 1971 to 1980, Farrell was professor of music at the Indiana University School of Music in Bloomington. For more information click here:  (link is outside of this site)

Music is poetry without words 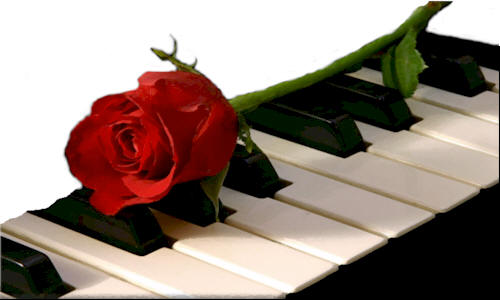 You Are Presently surfing  'Ravnsong Music'

for questions and concerns about this site: